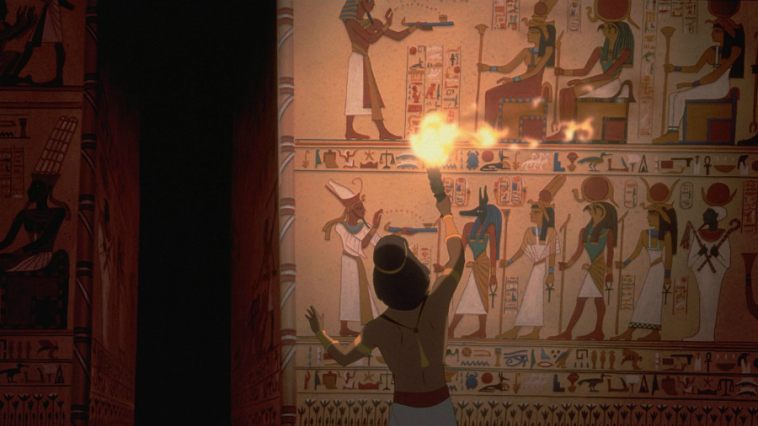 From December 24th to 31st, the Alamo Drafthouse Cinema in Yonkers, NY will be showing Dreamwork’s The Prince of Egypt daily before noon as part of the chain’s “Kids Camp” series.

For the past few years, Alamo has been presenting various films at their locations as part of that series. Tickets for those shows are priced at either $1, $3 or $5 – depending on what the customer chooses to pay. According to Alamo, all proceeds go to local nonprofits and schools.

The showtimes for each day are as follows:

Tickets are available on Fandango or Alamo’s website as well as at the theater itself. Alamo Drafthouse prohibits patrons under 18 into their locations unless accompanied by a parent. The dine-in chain’s standard no-talking and no-texting rules also apply to Kids Camp screenings. Its website even goes so far to note that “families with loud children will be asked to leave.”

The 1998 The Prince of Egypt tells the biblical tale of Exodus. This year, 2018, marks the 20-year anniversary of the film, which grossed over $200 million worldwide and was Oscar nominated for Best Original Song and Music. Originally released on December 18, the film was marketed as the “motion picture event of the holiday season.”