There is never a time I won’t welcome a rerelease. In this case, the discussion is around a 20-year old classic. A lot has changed since The Matrix first arrived in theaters. Two live-action sequels, a third one announced just a few weeks ago, the improvement and development of A.I., the Wachowski brothers became the Wachowski sisters.

But here’s the cool thing about this rerelease: it follows a great Dolby Vision and Dolby Atmos remaster, which arrived on 4K UHD earlier this year. The footage was taken from the original 35mm film, and the Atmos mix was widely dubbed reference level. So having this rerelease in Dolby Cinemas gives people the opportunity to experience those improvements beyond their 4K TVs, but in their local multiplex.

This rerelease is nationwide. Every AMC theater with a Dolby Cinema will show it for a week. That is an improvement from other rereleases, where there often was confusion about which theater would or wouldn’t carry it. Yes, IMAX or non-AMC theaters may be upset about being left out of this (and perhaps those formats should rerelease the film too), but a direct partnership between the studio and Dolby has allowed for a solid number of premium locations that are ideal for screening this film.

For me, this was the first time seeing The Matrix on the big screen. The story and action hold up beautifully. Add to that the remastered image and sound and the 20-year old age isn’t noticeable beyond some heavy grain. I’m not a big fan of grain, perhaps digital cameras brainwashed me. But it’s really the only part which would give away the movie’s age. Anyone who hasn’t seen the film could attend it now and experience it as if it was a blockbuster from 2019.

“I attended a screening of The Matrix at Dolby Cinema with two of my teenagers; one had not seen the film before, and he was positively jumping out of his seat at the end,” said HomeTheaterView and Techsponential founder Avi Greengart. “There is something to be said for watching this movie on a really large, really bright screen, in a dark venue with strangers, and dozens of speakers surrounding you and overhead.”

During scenes in front of white background (such as Morphius talking to Neo), the laser projector may even hurt your eyes a bit because of how bright the image looks. In return however, dark moments such as the final subway fight become noticeable. That is something which 1999 moviegoers, who saw the film projected through a standard bulb, weren’t able to see.

And that precisely proves the point of rereleases: they don’t just allow people to see a great film again. They allow them to experience it in an improved manner, a way that simply isn’t available at home and perhaps wasn’t available during the original release.

I hope this rerelease creates a model for Warner Brothers and brings them to partner with Dolby (or other partners) for future anniversaries. Wouldn’t such a nationwide Dolby rerelease have been great for The Dark Knight last year? By the way, Warner: next year is the 15th anniversary of Batman Begins. Just mentioning that.

More could happen if enough people pay to see week-long run of The Matrix. It might be difficult due to the some other Labor Day rereleases, such as Spider-Man: Far From Home or Regal’s Tarantino RPX lineup, but if you have the time I highly encourage you to rediscover The Matrix in Dolby Cinema. And yes, you can use your A-List for it. 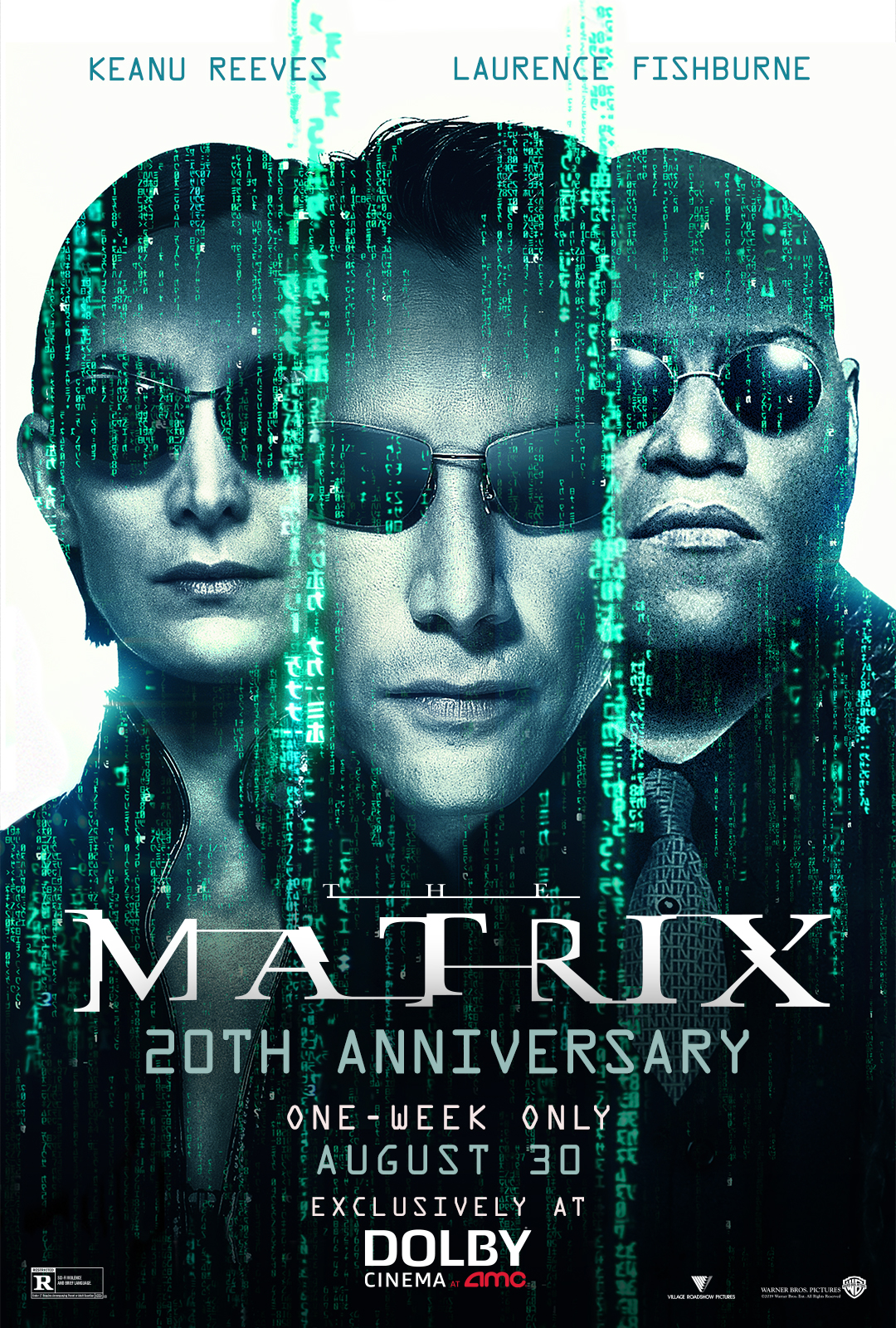